It’s always been a running joke for male patients to consider themselves lucky when they’re taken care of a bevy of beautiful nurses. From our own experience here at CaregiverAsia, however, some male patients might actually prefer male nurses especially when it comes to handling their more sensitive issues. 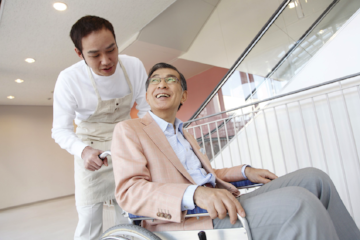 Some male patients might shy away from being cared for by a female nurse for their medical needs. They’ll be more comfortable with someone of the same gender when it comes to the more awkward situations, such as bathing or changing of clothes. It’s not because they’ve no confidence with a female nurse, it’s just that they’re simply uncomfortable on the idea of disrobing in front of the opposite sex.

In this recent New Straits Times interview with a Malaysian male nurse, he mentions on how the male ward patients are especially appreciative of him and his colleagues. He points out that some men are reluctant to be attended by female nurses due to physical differences, and would often request for a male one instead, despite the lack of availability.

For some male patients, there are often topics that they’d rather not disclose to the opposite sex, even if it’s on a professional level. Again, it’s not because they’re distrustful of their nursing ability, but it can get a little weird and awkward in explaining the troubles of a gender specific issue to someone ofthe opposite sex. Just imagine relating your struggles of erectile dysfunction to a female nurse.

From a Medscape article in 2012 written by a registered nurse, men are more comfortable to open up with the masculine style of caring offered by male nurses. Similar to a friendship behavior, male patients enjoy being treated as an equal with plenty of playful teasing and boyish attitude, instead of a motherly attitude that many female nurses tend to adopt. 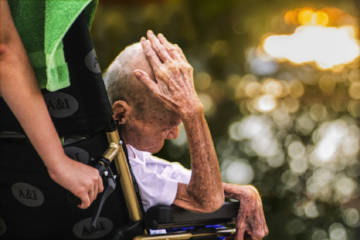 Male nurses who work at hospitals are usually attracted to jobs that offer high risk and reward, where they usually perform under pressure. A newsletter by Healthline in 2015 has pointed out on how patients would request for a male nurse with a little muscle to handle various scenarios that their female colleagues might not be able to perform.

A recent blog article on a nursing job board has stated that men who become nurses are often drawn towards higher paying jobs that are more labour intensive. Thus, you’ll be more likely to see males as a nurse anesthetist or an emergency room nurse, where the stress levels will forge their medical and leadership skills to handle such hectic responsibilities.

Sometimes, the male patients are not held back by emotions, but rather, by their religious beliefs. For those who are deeply immersed in religion, their beliefs can clash against the idea of being cared for by a female nurse. Hence, these patients would instead opt to be taken care of their own gender, to the point where they’ll even refuse vital examinations from a nurse of the opposite gender!

A news story by the New York Times outlines on how some Muslim men request for a male nurse to take care of their medical needs. This is due to a prohibition by Islamic tradition for a female caregiver and a male patient, who are not related by blood or marriage, to be alone together in an enclosed space, as it’s seen as an act of sin.

Despite the reasons listed, this doesn’t mean that male nurses are the go-to for every male patient that steps through the hospital door. What is important is that boundaries are respected and professionalism is maintained.

For our freelance nurses from CaregiverAsia, there’s no clear difference between nurses of either gender. Both of them are just as equally experienced in handling your and your family’s medical needs!

Caregiver Confidentials: A Day In The Life Of A Freelance Nurse

Freelancing is Great for Nurses with Families

How To Be A Successful Freelance Nurse