Want to Paint the Nursery Blue or Pink? Try These 5 Pregnancy Tricks

Choosing your baby's gender isn’t exactly the most important thing that many parents plan exclusively for (you’ll still love your child regardless), but it still remains a passing thought amongst couples looking to have a little control on their future offsprings. Numerous couples would love to have both a son and a daughter.  You might find yourself looking up the Web for pregnancy tricks to see if you can try for a son or a daughter.

While there are no scientifically proven means of manipulating the gender of your baby, there are still some possible avenues to try out if you’re still keen for a son or a daughter. Without further ado, here are a few safe pregnancy tricks to get a boy or a girl that you and your spouse can consider! 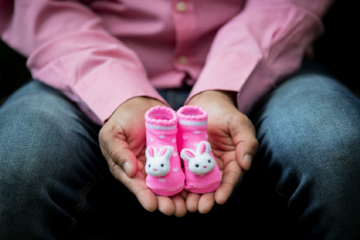 The Shettles method is named after Dr. Landrum Shettles, who came up with a theory in the 1960s that male-producing sperms swim faster than their female counterparts, but do not live as long as they do.

For couples looking to raise a son, the Shettles method emphasizes on the importance of having sexual intercourse as close as possible to ovulation, giving the male-producing sperms a higher chance in fertilizing the egg before dying out. Alternatively, those looking for a daughter should wait two to four days before ovulation to give the female-producing sperms time to outlast their competitors.

While it might not be the most accurate method on the list with purported claims of a 75 percent success rate, it’s however economically viable as it only requires you, your partner and a comfy bed.

For another cost-free pregnancy trick to consider in choosing your baby’s gender, perhaps it’s time to do a little adjusting on who’s on top at night.

With deeper penetrating positions during sexual intercourse, such as the woman being on top or the man coming from behind, this is believed to increase the chances of having a boy as the male-producing sperms will have a shorter journey to travel. On the other hand, shallow penetration positions will ensure that the female-producing sperms will outlast their counterparts.

Are you welcoming a little one and need an extra pair of hands to help you during your confinement month? Click below to book or call us at 6258 6683!

Setting Up A Dietary Plan

As the saying goes, “you are what you eat”. This can apply to your future newborn as well, depending on the type of food you consume. Many researches and studies have linked different nutrients and vitamins in choosing the gender of your child.

Couples looking to raise a little girl should increase their intake of fish, vegetables and dairy products, as they are believed to boost your chances in giving birth to one. Otherwise, treat yourself to the occasional chocolate and sweets, as they are similarly associated with the prospect of having a daughter.

For those seeking a son instead, look into consuming more red meat. The redder the meat, the higher your chances of producing a male newborn. If you’re not keen on adopting a vampire’s diet, then salty snacks such as chips, crackers or pretzels, are also great alternatives in influencing a boy for your next birth.

For childbirth, there are plenty of popular rumors and old-age beliefs that have spanned through the test of time and are sworn to work by previous generations. Even today, you’ll still probably find a few being embarrassingly insisted upon by your dear old relatives.

In eighteenth-century France, many men who wanted a son believed that restricting the flow of their left testicle will inhibit the female-producing sperms from exiting during intercourse. This belief was so popular that it even got a few would-be fathers to surgically remove their left testicle to prevent raising a daughter.

For something less painful, the traditional Chinese Lunar Calendar is often used as a guide to predict and plan for male or female conceptions. Other popular beliefs include the help of the moon in it’s phases, with couples likely to conceive a girl in the full moon, or a boy during the quarter moon. 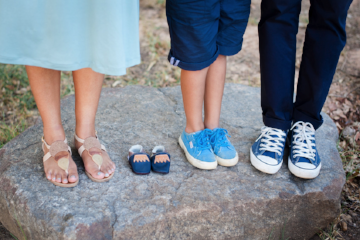 In this theory, whoever experiences an orgasm first doesn’t mean they’ve lost the race, it actually creates the environment that will determine the gender of your newborn. Similar to the Shettles method, it revolves around the alkaline level in the vagina, which can be manipulated by sexual excitement levels.

For a boy, it’s best to allow the female to reach orgasm first, as that would alter the pH levels in the birth canal due to the secretions. This will tone down the acidity levels around the vagina and provide a more habitable setting for the quicker male-producing sperms.

Alternatively, for those wanting a daughter, letting the male reach orgasm first will ensure that the more hardy female-producing sperms will outlast their counterparts in the acidic environment and go on to fertilize the egg.

While many happy parents have reported successful results with these means, it’s important to note that these pregnancy tricks are not absolutely fool-proof. While attempting these methods could increase your chances of choosing your baby’s gender, there’ll always be a risk of getting the wrong result in the end.

Despite the disappointment, rest assured that the gender of your baby will matter little when you’re holding him or her in your arms. The heartwarming joy of laying your eyes on your newborn child for the first time will be something that you’ll latch on for a long time.

An Expectant Dad’s Guide To Pregnancy

A Guide to Gestational Diabetes during Pregnancy