Breaking The Stereotype: 5 Things What A Male Nurse Is Not

In a society where we often assume the nursing role to be primarily taken up by females, it might come off as strange for some to see male nurses running about in the hospitals or clinics. With such uncertainty, it’s usually common to hear many impressions on what a male nurse is usually not, and how they compare against their female colleagues. 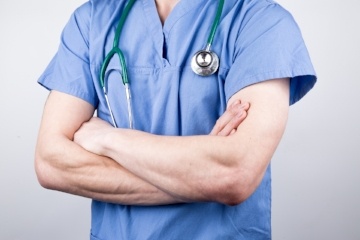 Of course, it’s not fair to judge a person’s role based on their gender. Let’s shed some light on the most common misconceptions that we often get about male nurses.

1. Male Nurses Tend To Be Feminine

Many males tend to fear that they’ll be perceived as an effeminate person once they become a nurse. The common stereotype of nursing being a female profession has long been established for generations, and is further reinforced by popular culture. These traditional beliefs are often the reason why potential male nurses decide to drop the idea of caregiving and pick up a “manlier” job instead.

In fact, becoming a male nurse can be quite the opposite of losing your masculinity. A study in 2011 has shown that male nursing students often display more masculine traits than males in other vocations. While they’ve also scored highly in feminine traits as well, most of male nurse participants are found to express either a caring or firm stance when the situation demands it.

One of the common notions that many aspiring male nurses have is that they’ll simply be delegated to doing the heavy lifting. From lifting patients to carrying heavy items, many males may refuse the career not just because they’re worried for their backbones, but it doesn’t nurture their initial reason for signing up as a nurse in the first place, their passion in caregiving.

However, the reality for male nurses is much more than being a simple laborer. While they’re expected to help out the team in providing mobility support for the more elderly patients, male nurses have been acknowledged as a vital asset in providing care and emotional support to people under their care.

Being a freelance caregiver can be a fulfilling career as it offers flexibility, freedom, and control over your work-life balance. Click below to register as a freelancer or call us at 6258 6683 for any enquiries.

As many people perceive male nurses to be less compassionate than their female counterparts, this creates an increasing belief among males on why they find themselves posted into certain duties. Whether in the emergency room or serving as a nurse anesthetist, these roles are often seen by aspiring male nurses to unfairly compensate for their supposed lack of emotions.

However, the reason might be different than what people seem it is. Many male nurses have to come to enjoy the fast-paced, adrenaline-packed environment that these emergency roles offer, which is why it has become a popular place for male nurse postings. It’s also not impossible for male nurses to break out from their defined roles as well, with others finding success specializing in the obstetrics, geriatrics and other departments. 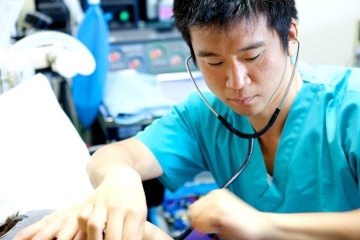 Many patients feel that male nurses are unable to match the emotional care that their female colleagues can provide, due to the fact that females are often perceived as the more natural caregivers in society’s norms. Furthermore, most female patients are often uncomfortable with the idea of a male nurse handling their daily needs.

That shouldn’t discourage a male nurse from treating his patients with the utmost care. Male nurses have been shown to be able to provide similar levels of care as female nurses, especially towards their fellow male patients who are unlikely to share private details with female nurses.

In a predominant female career, male nurses have often come across mixed reactions from their environments. For some of them, these male nurses are often treated much more favorably due to the lack of male nurses in the first place, by receiving higher pay and better job roles. On the other spectrum, however, the remaining male nurses are often discriminated into stressful positions and seen as free labor.

However, the fact is that while male nurses can be an oddity in the ward, there’s no denying that they’re definitely in demand and can be an invaluable asset to any nursing team. Given the proper opportunity, many male nurses have shown that they are able to earn their own right to serve as a proper caregiver towards their patients.

Has this article opened your eyes on a few stereotypes that male nurses usually face? While these traditional norms have lingered around for ages, it’s good to note that with the increasing number of male nurses signing up every year, it shows that society is slowly rejecting the idea of nursing being a predominant female career.

If you’re an aspiring male nurse looking for opportunities to prove yourself as a caregiver, we have exactly what you need in CaregiverAsia. Get in touch with us here!

5 Things I Love Most About Being A Freelance Nurse

5 Reasons Why I Chose To Be A Freelance Nurse

4 Reasons Why Some Male Patients Prefer Male Nurses I CaregiverAsia

Caregiver Confidentials: A Day In The Life Of A Freelance Nurse

Freelancing Is Great For Nurses With Families

Topics: All About Nurses