In 2019, 400 lives were lost in Singapore due to suicide. Whether you’ve harboured suicidal thoughts at some point, or know a friend or relative who has, just know that help is always readily available.

Of course, prevention is key. If someone has shared with you that he is contemplating suicide, you may tend to react emotionally. However, it’s important to remain calm, understanding and non-judgmental.

As a nod towards World Suicide Prevention Day on 10th September this year, read on and take a moment to learn more about suicide and what you can do to prevent it. It’s common to hear people talk about how they never knew affected friends or loved ones were harbouring suicidal thoughts. Although that may be the case, often times if you look close enough, there would be some signs that may indicate suicidal inclinations.

Here are some warning signs you can look out for if someone is considering taking their own life: 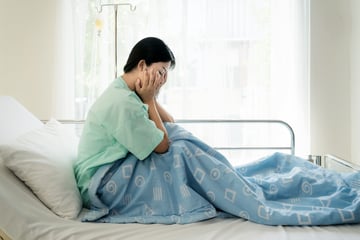 There’s no one cause of suicide. Individuals who are prone to suicide may be going through depression which is being left untreated, or he may even be abusing substances. Whichever the case, it is important to understand some possible reasons that might drive someone to take their life.

Depression is one of the common reasons that influence a person to commit suicide. This illness can make people feel great emotional pain and hopelessness especially when they are unable to relieve themselves of it. Individuals with mental illnesses such as Bipolar Disorder, Borderline Personality Disorder, Eating Disorders, and Schizophrenia are also more prone to suicide.

Suicidal thoughts may occur in individuals who are facing a loss, or fearing a loss of something dear to them. These include academic failure, financial problems, job loss, loss of friends/family due to sexual orientation, or even loss of social status.

Hopelessness is a trait that has been found to contribute to the decision to commit suicide. This hopelessness stems from scenarios where individuals feel they are unable to overcome a social or physical challenge. When this happens, these negative feelings may overshadow everything good in their lives and make suicide seem like a viable option.

Drugs and alcohol make suicidal individuals more impulsive and more likely to act upon their urges, than if they were sober. In addition, substance abuse can also lead to loss of jobs or relationships, which in turn trigger depression, and subsequently, suicidal tendencies.

When people succumb to a terminal illness with no hope for a cure, they may look towards suicide as a means of regaining dignity and control of their life. Similarly, those with chronic pain are more likely to go through anxiety or depression which could also lead to suicide. Some may also feel like they are a burden to others and seek to end their lives.

A Cry for Help

Sometimes individuals attempt suicide not because they want to end their lives, but because they don’t know how to get help. It is important that these attempts are viewed as not a cry for attention, but a cry for help to show other just how much they are hurting.

Individuals who have experienced a traumatic experience such as sexual or physical abuse or rape, are at a greater risk of suicide than others, even years after the event has occurred.

To learn more about what drives individuals to suicide, click here.

The Situation in Singapore

To truly understand the gravity of the situation, it’s perhaps pertinent to look towards the situation at home.

In Singapore, suicide is the leading cause of death for those aged 10-29 years old. In fact, there were 3 times more deaths from suicide than transport accidents in 2019. Out of the 400 lives that were lost to suicide in the same year, males accounted for more than 66%. And for every suicide, at least 6 suicide survivors are left behind.

But despite these harrowing statistics, it is important to remember that suicide is preventable. More often than not, individuals with suicidal urges don’t want to end their lives. Most just want to escape the overwhelming or painful situations they are in. 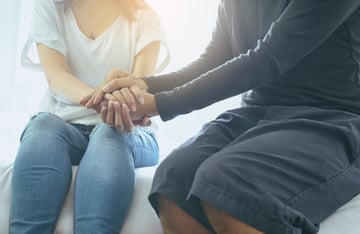 Help is Just a Phone Call Away

It is important to remember that help is always available should you or any of your loved ones require it. Whether you need advice or just a listening ear, there are various groups in Singapore that can help you though your struggles.

If you’re facing issues with substance abuse, mental health issues or other difficulties in your life, you may also view the appropriate hotlines here.

The Story Of A Cancer Survivor

Strada is a creative agency that specialises in content production and marketing services. Our data and results-driven team of designers, writers and developers focus on building brands by having a 360 approach, from conception to production.