The REAL Reasons Why Rest is Important for Your Health

It is important to take a break to rest and relax, not just regularly, but also after intense periods of high-keyed activity.

At the most basic level, rest is a fundamental component of a health lifestyle. It rejuvenates you in both body and mind, and regular rest also helps you regulate many other things, such as mood and body rhythm. If rest is irregular or insufficient, you can be negatively affected not only psychologically, but also physiologically.

Routine rest is an important regulator. Daily sleep. Week-end breaks. Annual holidays. And a once-in-several-years' sabbatical. Let's take a look at the real reasons why rest is important for your health. 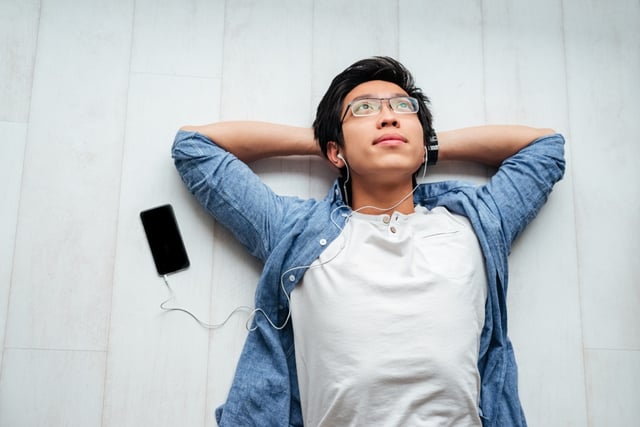 The most important one is the daily (or nightly one). Regular sleep has been suggested to improve attention and learning. It promotes memorisation of things you have learned, through a process called "consolidation" that happens during sleep. Not only is new information consolidated, they are also reorganised and restructured with a higher emotional reinforcement that increases creativity.

It has also been suggested that getting just enough sleep – not too much and not too little – prolongs your life, decreases fatigue and increases athletic stamina.

Conversely, insufficient sleep could be dangerous. Research suggests this can lead to increase in inflammatory proteins such as C-reactive protein, which in turn can lead to a host of other complications and disorders. Pediatric studies also suggest lack of sleep in children is what causes hyperactivity, inattentiveness and impulsive behaviour.

A UCSF study cited by the New York Times shows that rats exploring new areas needed downtime to consolidate their new experiences in order to learn and map out the new area. This is the extension of the nightly consolidation we need from sleep.

Even a short walk – for 20-30 minutes, can help you clear your mind. There are other physiological forces at work, involving sleep, memory and new brain cells, that help you rebuild during a short walk.

There are more cited health benefits of regular and sufficient sleep, e.g., it helps you maintain a healthy weight, but surely what was mentioned above is more than enough. Moreover, a couple of years ago, scientists discovered one new reason for sleep – our body uses sleep time to flush out waste products from the brain. Little wonder that sleep is crucial for all living organisms – at least those that aren't dysfunctional!

What about weekly breaks? Most places have a weekend culture, and this is linked to religious cycles. There is the Jewish Sabbath and the Christian day of rest, and many other civilisations had their time cycles that roughly corresponded with one week, and includes a special day set aside for rest, and other non-work activities.

However, the weekend has probably become more important now than before, due to the advances of technology – the internet and mobile communications do not rest. They keep us plugged in twenty four hours a day, seven days a week. This is where downtime is needed. A 2010 study published in the Journal of Organizational Behaviour shows that weekend breaks are necessary to replenish resources, in addition to nightly sleep. What about the health effects of annual vacations, then? Or taking a year-long sabbatical from work?

There is some controversy over this one. Some argue that the health benefits are real. Others argue the benefits disappear within a short time. You may come across some Internet articles touting benefits that are quite dubious. For example, this one article in the Daily Mail lists food variety and getting enough sunlight as a benefit of going on a holiday. The problem is, these are things you need on a daily basis, and not for two weeks a year. A recent article by the Daily Mail claimsthat holidaying health benefits last for several months. The UK's National Health Services however claims this is exaggerated. The NHS article doesn’t really say there are no health benefits, but it is a VERY USEFUL article to read for a different reasons – it educates people on how to read and analyse online claims.

Well, take a closer look and you see that these articles mostly do not deal with the more subtle, and probably the more important, benefits of annual vacations. They build unique positive experiences that last a lifetime. They give you breathing space to think about priorities and directions in life, the sort of higher-order thinking that tends to get shelved aside as low-priority stuff amid the hustle and bustle of the daily grind.

And that is where life-changing decisions are seeded, and later bear fruit. How can that be bad?

So get as much REM sleep as you can to stave off heart disease, stroke, depression and infections. Meanwhile, I’m going to plan my next holiday...

Written by Friends of CaregiverAsia

Friends of CaregiverAsia are accomplished professionals in their fields as well as dedicated caregivers. When not busy making a positive impact on their surroundings, friends of CGA gratify others with their insightful and heartwarming stories.